A.C.T. 25th Anniversary Celebration of Crofting Past, Present and Future 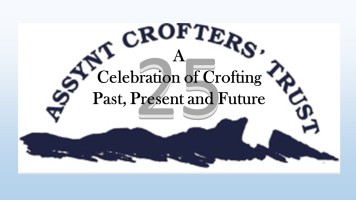 2018 is an important milestone in the history of community land ownership, as it was 25 years ago that the Assynt Crofters’ Trust formally took possession of the North Lochinver Estate on the 1st February, 1993.

To mark this anniversary, the Trust organised a week-long celebration of Crofting – Past, Present & Future, from 30th June to 6th July.

Speakers included Alistair Mackintosh & Anne-Marie Fyfe appeared. Judith Napier’s definitive biography of Allan MacRae, one of the founders of the Trust, was launched on Wednesday 4th.

Events included a hill race, a creative writing competition, a series of workshops based on the archaeology of Clachtoll Broch, sheepdog handling, sheep shearing etc, working with wool and a photographic competition to be judged by Robin Gillanders, whose portrait of Allan MacRae now hangs in the Scottish Parliament.

There were a series of music events – a ceilidh to mark the launch of the Trust’s new boat for the disabled on Loch Drumbeg and a concert to launch a brand new CD by Rory Matheson, Kim Maclennan and Anna Buxton –  the week culminated in the Fèis  in the Fank – an all-night festival of Scottish music with Skerryvore, Blazin' Fiddles, James Graham, Rory Matheson and the Skala Ceilidh Dance Band, and many more. It was a huge success and the whole event left Assynt buzzing for days.